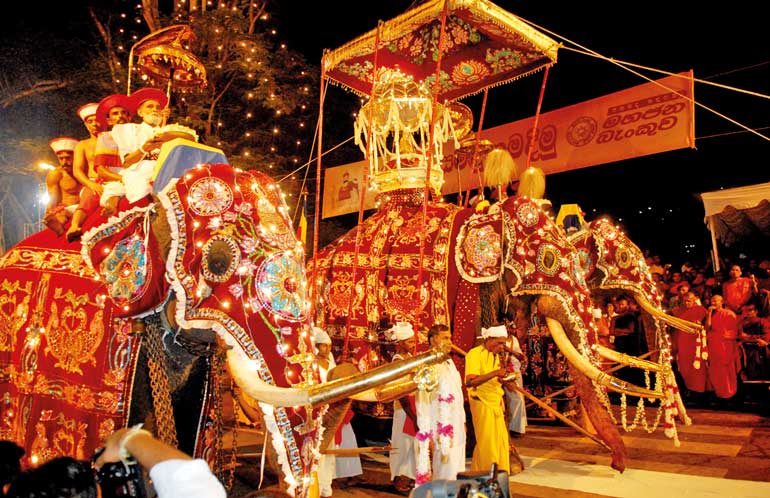 Welcome to the heritage city of Kandy!

The Rotaract Club of Kandy is based in the proud city of “Maha Nuwara”. The English name Kandy originated in the colonial era and had been derived from the Sinhala “Kanda Uda Rata”. The last stand of Sri Lankan kingdoms, the Kingdom of Senkadagala is rich with history, a culture that is unique to the city, architecturally beautiful buildings, ancestral ceremonies and much more. One such historically significant ceremony is the Kandy Esela Peraha. “Kandy Esela Perahara” is conducted every year to pay homage to the Sacred Tooth Relic of Lord Budhha on the direction of the Kandy Dalada Maligawa. The precession attracts large crowds of locals and foreigners equally during the months of July-August.

The “Kandy Esela Perahara” began when the Sacred Tooth Relic of the Buddha was brought to Sri Lanka from India during the 4th Century. This beautiful and grand festival consists of numerous traditional local dances such as whip cracking, fire dances, elephants in regalia and Nilames in elegant culturally unique costumes. The perahara commences with “Kap Situweema” where a jack fruit sampling is planted in the premises of each of the four Devalayas. These devalayas are dedicated to 4 guardian gods Natha, Vishnu, Katharagama and Goddess Pattini. The first 5 Peraharas are dedicated to the devalayas. The 6th night onwards for another 5 days Kumbal Perhara is conducted. Then the Randoli Perahara graces the Kandy town for the next 5 nights. The “Kandy Esela Perahara” ends with the “Diya kapeema” at the Mahaweli river at Gatambe. The last perhara is a Day Perhara.

The project “Vibes of Perahara” is conducted annually by the Rotaract Club of Kandy alongside the “Kandy Esela Perahara” where the club members get together to serve the communities who come to witness this grand ceremony. Sri Lankans consider that pilgrimage to witness the perahara as a meritorious deed. As such The Rotaract club of Kandy hosts the project annually with the most generous intent to give back to society. At the end of the day, the club members join the crowd to watch the “Kandy Esela Perahara”.  But COVID-19 changed everything.

The year 2020 is like no other. The outbreak of COVID-19 compelled everyone to rethink the way of operating normal day-to-day activities. “Kandy Esela Perahara” is not just a historically significant ceremony. It is also conducted with the intention of blessing the country and its people for their future endeavors to be successful and prosperous. Therefore, the Kandy Esela Perahara took place in the year 2020 as well, but with one exception. Due to the current pandemic situation of the country, in order to ensure the safety of all the Sri Lankans, the general public was not invited to witness this great ceremony. Nevertheless, with the utmost safety restrictions and precautionary procedures, the Rotaract Club of Kandy was able to give the opportunity to witness this magnificent and beautiful ceremony for the members of the club.  As such the annual project “Vibes of Perahara” took place on the 2nd of August, 2020, where the members of the Rotaract Club of Kandy were able to witness the last Perahara. They were able to enjoy the festivities that come with the Perahara and be proud of the culture that entails. Kandy city in the time of Perahara is like no other.

The music, the dances and the dancers, the lights, the Nilames, the elephants, the view of the Kandy lake at night, the chanting of Pirith at the Dalada Maligawa, the white-clad devotees and the atmosphere around the city brings out a “Vibe” that is surreal. During the Perahara season, the streets of Kandy look magical and the buildings look magnificent with twinkling lights and elegant decorations. A city, a ceremony, and a culture that exudes her pride speak thousands and offer so much. It cannot be explained but only felt. 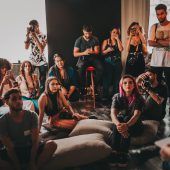 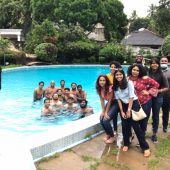