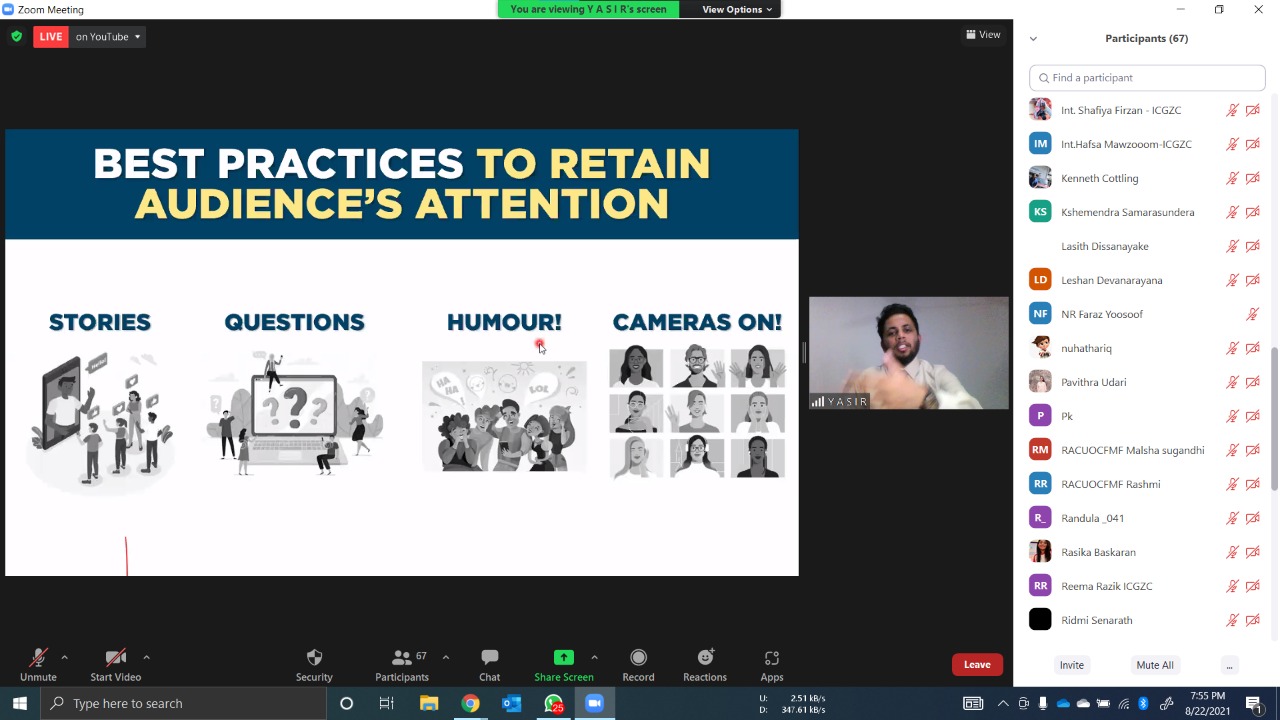 If you can speak, you can influence. If you can influence, you can change lives. As such is how important public speaking and presentation skills are. Even though speaking in public is a skill that many do not tend to improve, it is proven that people who are fearless to make a point in public with confidence are much likely to move forward in the ever developing world.

The project Virtual Voice was an interactive webinar on public speaking with a special focus on the online platform, which was conducted by Mr. Mohamed Yasir who is a Past President and current Area Director of Toastmasters International, Sri Lanka.

The project was executed on the 22nd of August starting at 7:00 p.m. on Zoom while being live streamed on YouTube. Following the introduction of the resource person to the audience, he conveyed the learning outcomes of improving the skill of public speaking. Each of these learning outcomes were elaborated upon by covering many aspects of online public speaking such as:  presence, audio, fluency, building confidence etc. All aspects were explained in a very complete and concise manner by means of a well-organized PowerPoint presentation during which the audience of 70+ attendees were engaged by the resource person many times by means of questions to which they responded.

The floor was then opened up to the audience to clarify their concerns and to answer any questions they have, each question was addressed by the resource person to a great extent after which the session was concluded and project virtual voice was thereby successfully brought to an end. 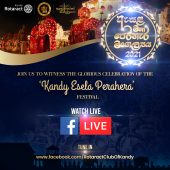 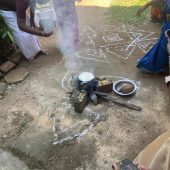