It is safe to say that we are living in a time that is like no other. COVID-19 outbreak left us with a new world to live in. We have to handle unforeseen situations, tackle obstructions and view things in completely new ways. We, human beings are a resilient species who discover new ways to live life and adapt to the changes in our environment. All of these are new experiences. So was the Club Assembly of the Rotaract Club of Kandy 2020. These new experiences are going to equip us to not just survive but to conquer the new world that we are living at the moment.

The Club Assembly of the Rotaract Club of Kandy took place on the 19th of July 2020 on a virtual platform. It was followed by a general meeting with the participation of both veterans and the new members of the Rotaract Club of Kandy. It was a new experience for everyone. The Club assembly started with a friendly note by President Rtr. Samith Dissanayake and a briefing about the functionality and the importance of the Club Assembly by Rtr. IPP. Kenneth Cottling.

The members of the Rotaract Club of Kandy were able to collectively discuss the issues and future plans of the club. The members were able to raise their questions and discuss them in a productive manner despite conducting the assembly on a virtual platform. The decisions were taken a vote where all the members voted on a virtual platform. This was done with the aim to increase the transparency of the meeting and to increase productivity. The current situation in Sri Lanka barred us from conducting the Club Assembly physically. But the session was carried out with immense success owing to the talents and skills of all the members.

In an attempt to move on with the whirlpool of events that are happening around us the Club Assembly was suddenly organized to be conducted on a digital platform. It was a great success. Like everyone else we too are trying to find our footings and by the looks of it, this is more or less how our lives are going to be for a while. But if we take these as opportunities to grow rather than obstructions to overcome, it would be valuable life lessons. But we have not just survived but thrived so far and we will prosper in the future too. 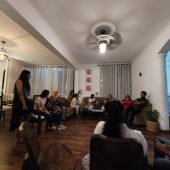 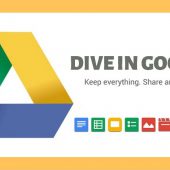