As We Unite For Her

Fierce soul. Brave heart. Strong mind. That’s what a woman is. There’s no limit to what a woman can achieve. Living in a world that continuously tries to put down women and what they do, it is crucial that we, as a society, step forward to set things right and break the traditional taboos of gender roles.

The Rotaract Club of Kandy has always been taking new and unique initiatives to empower women, to bring about girl power, and change the world’s perspective about women. This year too, a week full of events and programs were dedicated for the celebration of women; to cherish, value, and appreciate the wonder of womanhood. The project As We Unite For Her took place in the third week of August, from 23rd to 29th.

Kick-starting the Women’s Week by broadcasting a video and a poem made by the Rotaractors, the rest of the events were laid out to make sure that our message reaches a greater audience to serve the purpose of making awareness. The week consisted of events and programs to empower women and make society aware of women empowerment.

The events included launching an e-booklet about period poverty on demolishing period shame and spreading awareness about menstruation, which also included tips on managing period effectively. A virtual NO COOK TODAY campaign was initiated, to make the community aware of the gender role reversal and how that women do not belong in the kitchen, as some people traditionally believe. A makeup and beauty tips webinar was conducted, to remind her of the value of taking care of herself while she gives her best to the world. And as the most important part of the project, a virtual panel discussion was hosted by the club, affiliating with highly empowered women in the society, to make the community conscious of Women Entrepreneurship, Role of Women in Sri Lanka, Social Taboos about Virginity and Sexual Freedom of Women. The panel discussion was wrapped up successfully by clearing the doubts from the audience through a very informative QandA session. And on the last day of the week, a webinar was conducted out, addressing the consequences of teenage pregnancy in Sri Lanka.

Nothing brings happiness to Rotaractors or the Rotaract Club like a project that’s concluded successfully. As We Unite For Her is one such project where our main motive of making the community conscious of how vital women empowerment is and what we, as a society, can do to ensure women are entitled to equal rights, was achieved. Our intention of reversing the traditional gender roles in our community, spreading awareness and knowledge was fulfilled with great success. 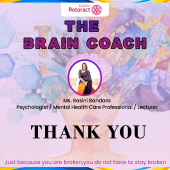 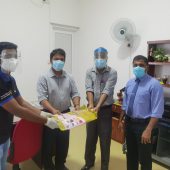